On December 26, 1998 I gave birth to a baby with eight toes and a face only a mother could love. Except that I didn’t.

Our daughter died within an hour of birth. When the nurse asked me if I wanted to hold her, I said no without hesitation.

I don’t want to hold a dead baby. I can’t face her deformities again.

I could tell the nurse was puzzled by this refusal and she asked me twice more. I later learned that many parents say good-bye to babies who die. They hug and kiss them. They bathe and dress them. They take photos and invite family members to say farewell.

I was too numb to think like that. In shock, I didn’t know this long-awaited baby would be born with a genetic disorder. I wasn’t prepared to manage the emotions and decisions that came with her arrival: Her silent entry into the world, alive, but lifeless. Her eyes sealed shut, never seeing the light of day nor hearing the voice of her mother.

And so I said no to a baffled nurse. And that 3-pound darling who had lived in the warmth of my body was left in a cold room where dead babies rest until the funeral director comes.

That’s why I can sympathize. I sympathize with women who learn sooner of their child’s fate. Soon enough to choose abortion. And in shock like me, and numb like me, they cannot fathom holding a baby that might be diseased, deformed, disabled or destined to die. Hard to imagine. Easy to reject. Absolutely, unequivocally, unbearable.

Ending this life is a mercy, right?

But I also get the regret.

After we buried our Victoria, I wanted to hold her then. I wanted to drink in her imperfect features then. I wanted to say good bye and bathe her in water and in tears. I wanted a set of inky footprints to savor. Eight beautiful toes to count. I raced to the hospital one day because they had taken photos of her. But when I got there, the pictures had not arrived from the photo lab. I thought I would fall on the floor.

But that’s how it is. After we say no to that embrace there is no turning back. At best we have a photo. At worst we have a heap of haunting regrets.

And so I sympathize because women who choose abortion have the same regrets I do.  They long and wish and wonder about that life now gone, that child they rejected. And they suffer silently, just like I did, unable to confess and admit to this rejection story. My story, nearly two decades old, evokes fresh tears and shame.

What mother doesn’t want to hold her baby?

After eight children and fourteen total pregnancies, there’s no question I am “pro-life.” I think it’s about time that the perils of abortion are being brought to light through videos, social media, and ongoing political debate.

But even though I am pro-life, I am not a pro at life. I have failed and faltered and chosen what I regret. And I worry about the women who regret their abortions. Is their pain being lost in the public hype?

That’s also why I cast no stones at those who are “pro-choice.” I know that no woman is a pro at choosing. Decisions made under duress, in haste, while misinformed, selfish or desperate are seldom the best choices. Those choices come packaged with regret. And I sympathize. I wish I had chosen differently too…to be just a bit more brave.

What now? I choose.

I choose to remember Victoria by leafing through the scrapbook I made  in her memory. It’s wrapped in the blanket that touched her skin after she was born. 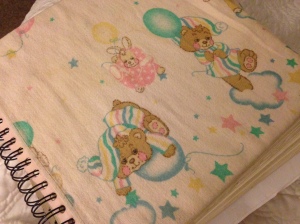 I choose to find joy in the blooms of the weeping cherry tree that was planted in her memory. A symbol of life and beauty. 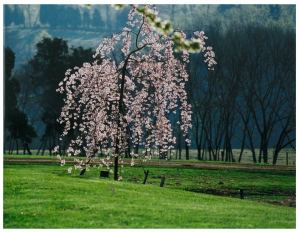 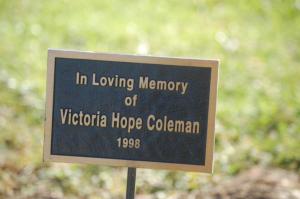 And I choose sympathy, Regretting Mother. Rest assured along with me that Jesus received our precious babies in his arms even though we chose not to. That is our greatest comfort. And a second chance is our greatest hope. 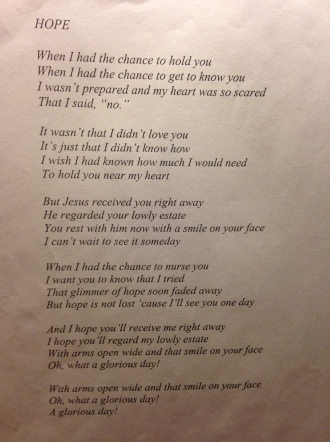 Lyrics to a song I wrote after Victoria died.

What a wonderful God we have—he is the Father of our Lord Jesus Christ, the source of every mercy, and the one who so wonderfully comforts and strengthens us in our hardships and trials. And why does he do this? So that when others are troubled, needing our sympathy and encouragement, we can pass on to them this same help and comfort God has given us.- 2 Corinthians 1:3-5Living Bible (TLB).