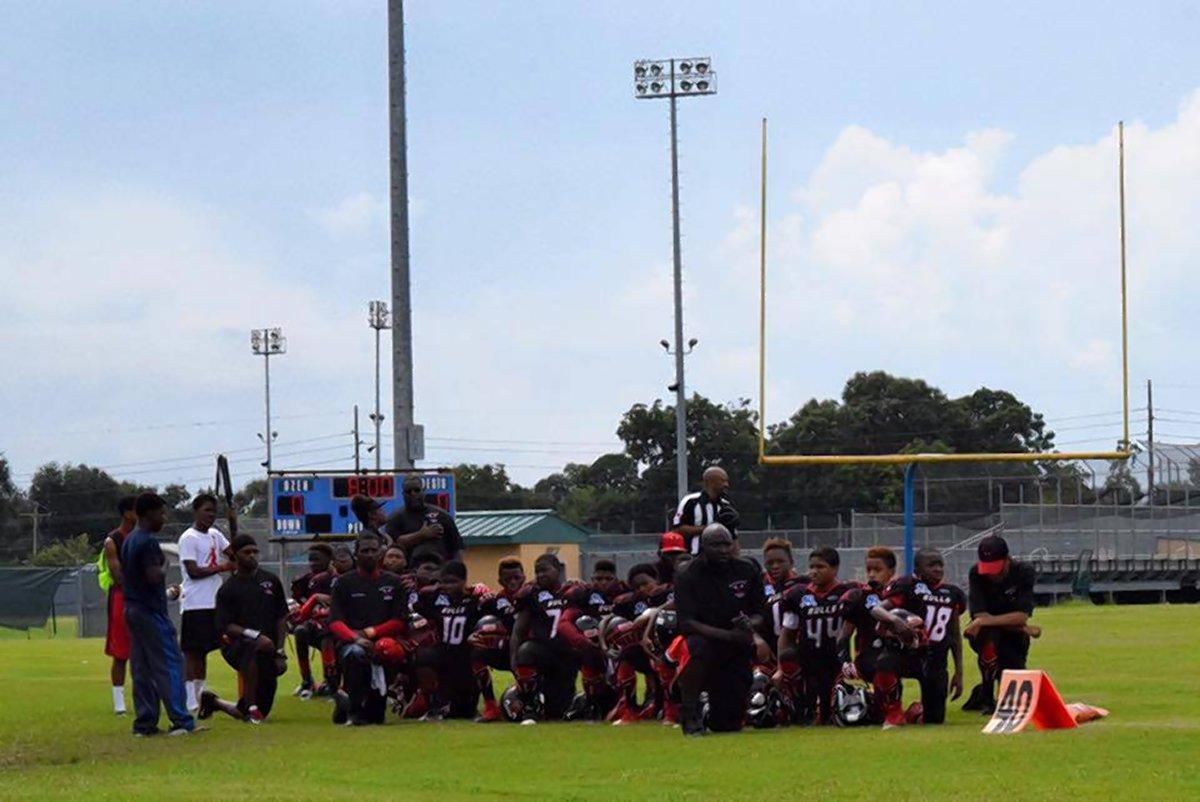 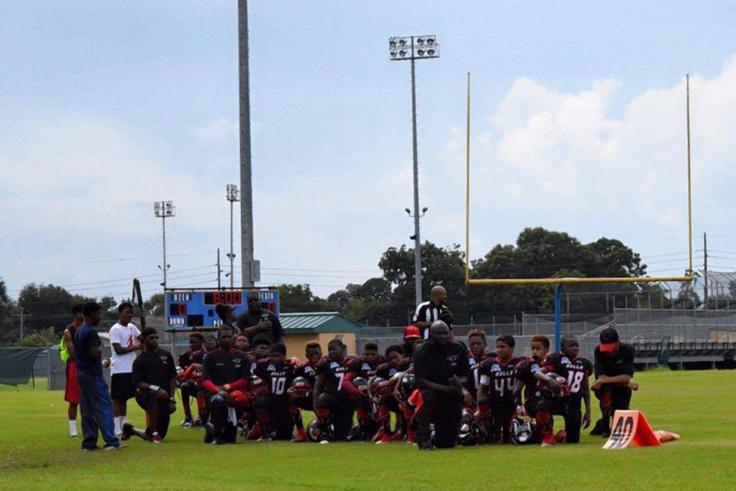 Here’s what I don’t like about an athlete taking a knee during the National Anthem: It’s a potential distraction from the concept of team. When we’re on a team, we are one. We act in unison once we don our uniforms. We don’t draw needless attention to ourselves because it takes a team mindset for the team to win. So for me, a team-oriented arena is not the place for personal protest.

That’s where my objection to knee-taking ends.

We live in a country where no one has to bow down, stand up, kiss feet, salute, or worship anything or anyone. Not a flag. Not a song. Not a leader.  Not a veteran. Communist countries require this kind of respect, not democracies like America. That’s why I can never be in favor of forcing a fellow citizen to do in the name of respect-for-country what they are not required by law to do.

Unfortunately, not everyone respects this freedom even though they think they do. Take the case of this youth football team. United as a team, along with their coach and with approval from the executive board of the league, they took a knee. This action set off a series of death threats and ire, the resignation of the coach, and eventually the cancellation of their entire season. Why? Because so many angry adults don’t understand the nation they’re calling the boys to respect. What a terrible lesson in democracy for our children.

If we Americans want to be united, we need to act like teammates. And if there are players telling the coach about bullies who intimidate and haze black players in the locker room, everybody on the team needs to go to the coach and tell him to do something. And if he refuses to do something about the bullying in the locker room, all the players need to take a knee. America doesn’t need us standing up for a song. It needs us standing up for liberty and justice.