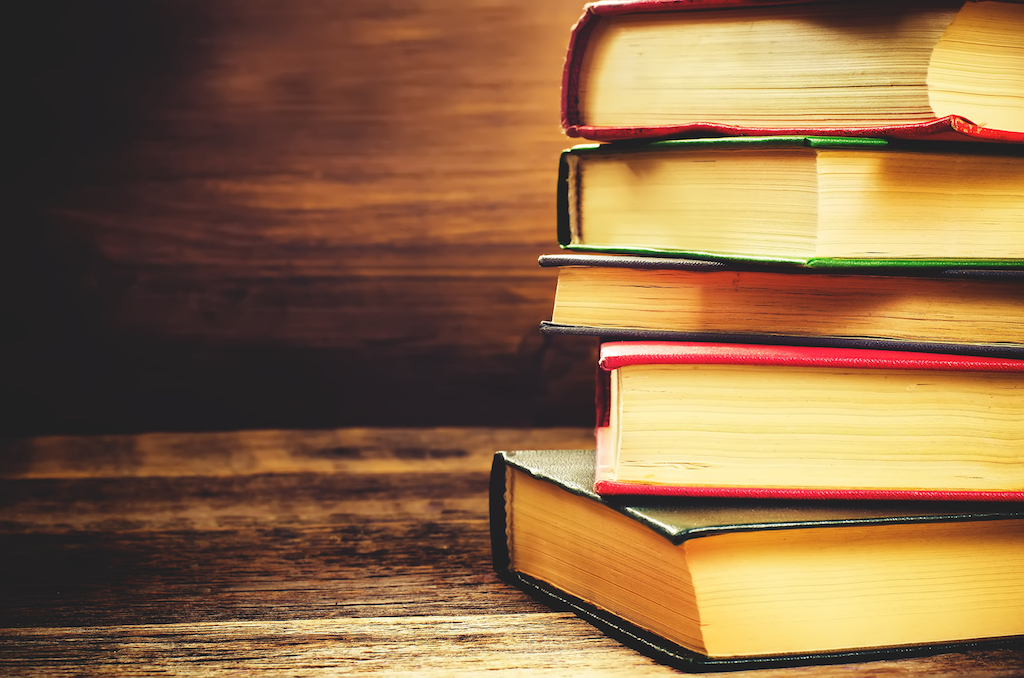 I have recently benefited from psychiatric treatment for my life-long battle with depression. One of the focus areas of this treatment is identifying the roots of my anger and how it manifests in my life. Recently, I realized how angry I am with God about slavery.

I realized this after I came across a bunch of unread books.

I bought these books intending to read them, but I know they will make me mad. I am mad enough already about what I know about slavery, Jim Crow, and injustice against African Americans. Reading more will make me madder.

Well, I take that back. I do read, but mostly articles. Books take more time to read and draw me into the human experience depicted. This emotional attachment is powerful, as it certainly is intended to be. But I can’t handle it. I get mad. I cry. I become anxious. And yes, I become depressed.

And I ask God all the questions every human has ever asked him about the suffering in the world. “Why did you allow it, God? How can a loving God allow suffering?”

So, while I feel depressed when I see photos of starving children in Africa, I feel fury when I see black men brutalized by police in America. I get mad at God for allowing in 1620 what has created the racial tension of 2017. Those who chose slavery had no clue how it would impact us today.

What also sets this anger apart is my personal connection to slavery. I know my ancestors were slaves. I don’t know their names and that makes me mad.

I don’t know where they came from in Africa and that makes me mad.

I don’t know where their chained bodies landed on American shores, and it makes me mad that I have no family documents outlining my ancestry like many of my friends do.

I also know my ancestors were white. I heard they were Irish. Was it a slave owner who raped my great, great grandmother(s)? Was it an overseer? I well remember when my grandmother – who was born in 1911 – told me we had white ancestors. It had never crossed my mind that we were fair skinned because we had white ancestors. She may have said, “there was a relationship” between her grandmother and a white man. Young and naive, I asked, “Were they married?” She chuckled at my absurdity and said “No, she was raped.”

This makes me mad.

So while others speak broadly about slavery  in a factual sort of way,  I speak as though I’m talking about my family.

Well, I am talking about my family. I feel the discussion very personally. Though I may never know the exact evils they endured,  I know they were raped and can imagine the physical and emotional horror of that.

I know they were slaves, and can imagine the degradation and terror of that.

Were my ancestors hung from trees and castrated?

Were there families torn apart?

Were my ancestors house slaves? The fair-skinned ones like me probably were and they were probably raped.

So years ago when a white friend expressed her infatuation with Colonial Williamsburg and how much she loved to imagine living in colonial times, I told her I didn’t love imagining that because I would have been a slave. It had never crossed her mind.

And that makes me mad too. I understand her oblivion stems from the “I don’t see color” mindset that pervaded parenting over the past fifty years. But that mindset is tough on those of us who sit through history class toggling between shame and rage as we learn our ancestors were tortured because of their color. We endure our peers’ and professors’ infatuation with the past with eye rolls, waiting for the black experience to be acknowledged fully in class and in the public square.

A lot of my anger now is tied to figuring out how to convince people that while none of us alive today created slavery, we are living with its consequences. The fact that “the black community” struggles with joblessness, high incarceration, poverty, and crime is linked to subjugating the black community for hundreds of years.

It makes me mad that this is not obvious to everyone. It makes me mad when people want to place all the blame instead on the welfare state and absentee fathers when tearing black families apart was legal for 300 years; when denying black people the right to read, write, and vote was legal for 300 years; when demonizing, humiliating, hunting down and whipping black men into shape was a goal, and appears to be an ongoing goal of some law enforcers.

I’m mad because it’s clear that systems created to keep black people down succeeded. It’s evident in the statistics that now distress us. We may not have created the systems, but can’t we all make a commitment to dismantling them? Not all black people are poor and incarcerated – I’m not – but I feel angry like Moses did when he saw his brethren in distress.

In spite of this anger, I need to make some choices for the sake of my mental health.

Choosing to believe God doesn’t exist is not an option for me. I am a believer in Jesus Christ, now and forever, in spite of the suffering God allows.

I also know that being mad at God is not helpful for my depression because my anger will not change His mind about anything.

So I choose instead to follow Christ’s command to love my neighbors as myself. By focusing first on loving people, I lessen the chance of spreading more hate and bigotry. I can teach my children and grandchildren to love. I can enjoy social media interactions because I am intent on loving people when we debate the issues, and many of those debates are healthy.

Second, by focusing on my “neighbors,” I can have an influence right where I am. I can stop fretting over evil that’s happening far away and make a difference in my community. I know when I stand before God he won’t hold me accountable for the lunacy of the Alt-Right. He will hold me accountable for my own decisions, and whether I fought for justice and peace in my own backyard.

Those books? I’m hoping to wade into them eventually. Meanwhile, the 66 books of the Bible that have anchored my life for 35 years will be my ever-reliable reminder that God hears the cry of the poor and oppressed – in Africa, in Afghanistan, and in America –  and He also hears my cry.

146 Praise the Lord! Yes, really praise him! 2 I will praise him as long as I live, yes, even with my dying breath.

3 Don’t look to men for help; their greatest leaders fail; 4 for every man must die. His breathing stops, life ends, and in a moment all he planned for himself is ended. 5 But happy is the man who has the God of Jacob as his helper, whose hope is in the Lord his God— 6 the God who made both earth and heaven, the seas and everything in them. He is the God who keeps every promise, 7 who gives justice to the poor and oppressed and food to the hungry. He frees the prisoners 8 and opens the eyes of the blind; he lifts the burdens from those bent down beneath their loads. For the Lord loves good men. 9 He protects the immigrants and cares for the orphans and widows. But he turns topsy-turvy the plans of the wicked.

10 The Lord will reign forever. O Jerusalem,[a] your God is King in every generation! Hallelujah! Praise the Lord!