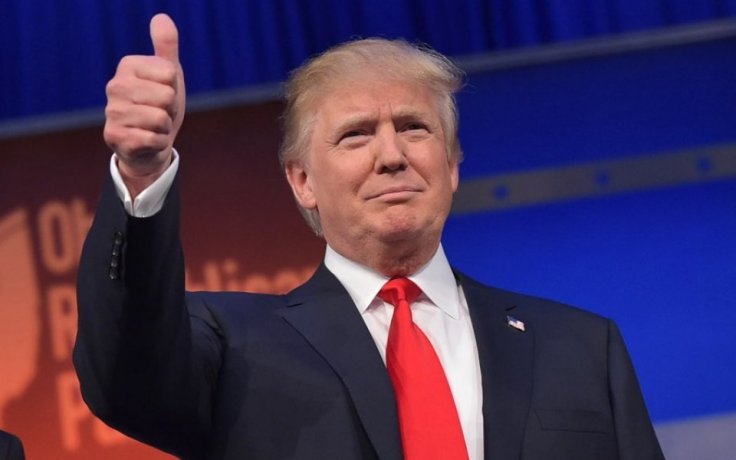 Years ago, as our family ate the church for lunch after Sunday service, our precocious youngest child  blurted out: “Are we gossiping?”

It was a powerful, embarrassing moment; proof that when you teach children principles of kindness, they will hold you to account.

The good news is, we adopted a new phrase invented by one of our other children. “Slice that slander!” Whenever we found ourselves engaged in mean-spirited conversation, we admonished each other with our new phrase. It was enormously effective.

Slander –  the action or crime of making a false spoken statement damaging to a person’s reputation – is one of those sins that’s easy to overlook. We Christians justify the negative things we say about others in the name of “speaking truth” or “sharing a prayer request.” These justifications don’t hold up to the scrutiny of scripture, which offers us plenty of caution against making false statements.

One passage of interest to me, and related to Donald Trump is found in Leviticus 19.16-17:

Do not go about spreading slander among your people. Do not do anything that endangers your neighbor’s life. I am the Lord.

The main reason I gave up Trump for Lent is because I wanted to stop consuming his slander. People typically give up their vices during Lent. Like indulging in excess chocolate or wine, my daily consumption of Trump’s twitter rants had made me fat with disrespect and bitterness.

Even though I hold to many politically conservative views, I was done with Trump the day he launched his presidential campaign by characterizing immigrants as criminals. He was slandering them. What followed – and continues to this day – is a long list of insults and scorn against war heroes, the disabled, women, journalists, and athletes.  Just pick a demographic and Trump has probably slandered them. The exceptions, of course, are white supremacists and anybody else who refuses to hold him accountable for his slander, including many Christians. I refuse to be that kind of Christian when the Bible is clear that slander is sin.

Yet giving up Trump for Lent enabled me to take stock of my own speech. As a writer and a mother with ongoing influence upon many people, this self-examination leading up to Easter was a healthy exercise. That same chapter in Leviticus says,

Do not hate your brother in your heart

Do not seek revenge or bear a grudge against one of your people,

but love your neighbor as yourself.

Did I “hate” Donald Trump? Yes. I think I did. And during Lent I recognized that my motives in using Facebook for calling out his slander was, at times, a form of revenge. Because I am a brown person, I take his attacks against immigrants very personally. Brown people tend to do this because we have been slandered in America for centuries, characterized as inferior in every possible domain except sports and music.

It would take many blog posts for me to convey the way America’s ill treatment of people of color erodes our sense of belonging, worth, and safety. In the state of Virginia alone, hate crimes rose by 47% in 2017. There is no doubt in my mind that Trump’s slander of people of color has violated God’s command not to do anything that might endanger your neighbor’s life. No matter how great the economy, I feel less safe in America since the election of Donald Trump than I have felt in all my days on this planet.

So here’s what happened when I stopped clicking, reading, and sharing all things Trump:

1. I focused on how Jesus treated Samaritans, one of the despised groups of his day.  He was deliberate in befriending and caring for them, much to the dismay of onlookers who considered them low life. The parable of the Good Samaritan is the capstone example because Jesus made a Samaritan the model of obedience to God. This encouraged me to remember that no matter how people of color are marginalized, Jesus considers us worthy, and God is paying attention to the ways we are despised or ill treated.

2. I prayed for Trump. I had been praying for him, but I prayed with a new lens. I saw him as made in God’s image. I saw him as a father, a husband, and a human. I saw him as a neighbor, making my prayers more about his well-being and less about hoping he gets impeached. It also enabled me to consider the following verse:

And so I tell you, every kind of sin and slander can be forgiven…  Matthew 12.31a

Wow. If God forgives slander. So can I. So must I.

3. I deleted Facebook from my phone. This has been tough, but I have already experienced a decrease in my angst because I am not keeping up with every tweet coming out of the White House.

4. I am far more focused on what I can do to love my literal neighbors. I have conceded to the fact that I can’t control what ICE is doing on the border to separate families, but I can control how I care for families in my sphere of influence.

None of this means I can’t call out the sin of slander. In doing so, I hope to shine a light on principles that all Christians should be concerned about. I am tuned in to liberal media and thought enough to know that Christianity is being slandered and mischaracterized too. But a lot of this is due to our unwillingness to hate slander as much as we hate abortion. Jesus equated many sins that we must also equate:

The self-examination of the Lenten season is such a healthy thing. I had never given up anything for Lent before this year, but the success and transformation I experienced has inspired me to do it next year too.

If anyone considers himself religious and yet does not keep a tight rein on his tongue, he deceives himself. and his religion is worthless. James 1.26