I have a friend whose husband insulted her while she was giving birth to their first child. He pulled himself away from watching the NBA finals long enough to say, “If you had strong abs like mine, it wouldn’t hurt so much.”

…I’ll pause while you pick up your jaw…

Most of us know better than to critique a woman for how she manages pain while pushing eight pounds through 10 centimeters.  But some don’t get it. There will always be critics judging the moms who cry, cuss, or ask for medication during birth.

The same is true when it comes to birthing racial justice in America.  I likened this to child birth in a post after the death of Michael Brown in 2014. It’s still a fitting analogy since racism has found new voice and vigor over the past two years.

At one extreme are those who want to abort this baby called racial justice. It’s a mixed-race baby; a Muslim baby; it’s a Jewish baby; an immigrant baby. These folks do not value  diversity and they make it plain that they want to kill it.

Still others want to abandon the natural birth and have a c-section instead. Their response to racial justice birth pangs is, “Cut it out!” They are weary of those like me and  Kaepernick. They think our pain is overblown. Like my friend’s husband, these critics would rather watch a ball game than offer support. Their priorities are all out of whack. 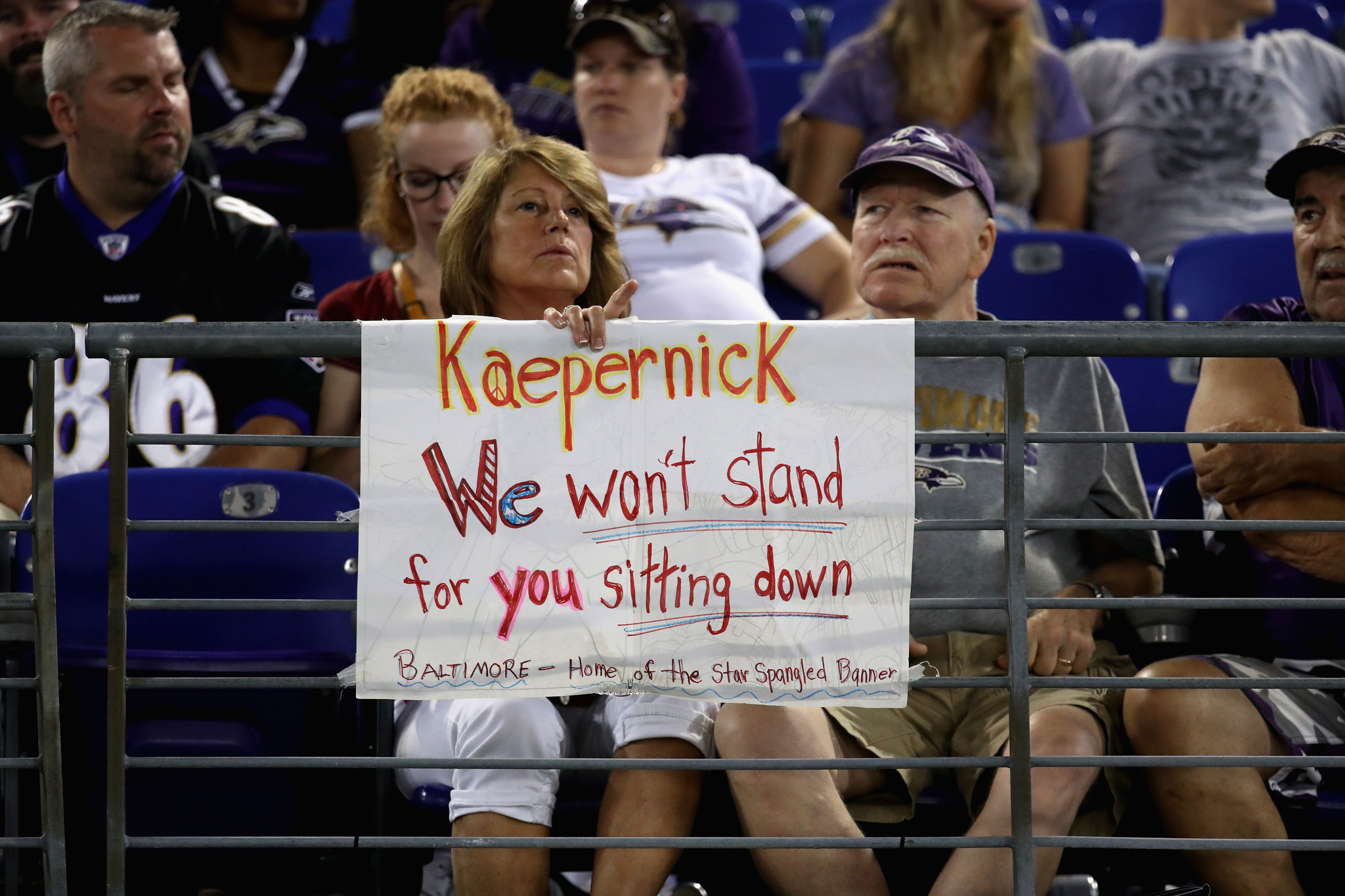 Unfortunately, this baby cannot be aborted. Nor can it be cut out.

This baby named Liberty, Justice, Reconciliation – call her what you will – is in the birth canal and she is bearing down on us. It sure would be nice if the Civil Rights Movement of the 1960s had solved America’s racial woes, but clearly it didn’t.

And since it didn’t, some choose to labor.

We labor even though we are increasingly insulted by those who think we are weak and divisive for engaging in racial discourse. I have been scolded, critiqued, unfriended and unfollowed by both white friends and black friends who don’t like my birthing style.

I have white friends who believe I should be a Christian first and a black woman second.  My reply: I am a black Christian woman all at once.  Yes, in Christ we are all the same; but in America, I still have to walk around in black skin. I know it’s hard to understand, but that’s actually painful in America. The fact that Christ died to end division among us is precisely why I am passionate about ending racial division.

I have black friends on the other hand, who think I am too soft in my writing and discourse. They want me to push before I am ready to push. But just as no two women approach labor the same way, no two people will manage racial dialogue the same.  I could certainly grab my white friends by the head with a pair of forceps, but I love them. I would rather build trust through patience and grace.

My husband caught all my babies, bless his wonderful soul. During the height of my pain with baby number eight, I said to him through clenched teeth, “I will never let you touch me again.” He knew that I wasn’t serious about relegating him to a life of celibacy. He understood that I was working hard bringing life into the world and his role was to support me through it.

All those working to put an end to racism need this kind of support. And as long as people of color in America are marginalized and demonized, we will labor.  The contractions are bearing down right now, 30 seconds apart. The barrage of insults and hatred are consistent and unrelenting.  We are not perfect in our quest to fight this bigotry. Like many women in labor, one minute we want to slap somebody and the next minute we want to give up. Our fear, fretting, anger, and disgust are not signs of spiritual weakness and sin, however. They are signs that racism hurts.

When I meet with God each morning, I talk to him about this stuff. His Spirit is the voice that reminds to “breathe, Mary, breathe.” When I focus on his word, I see clearly that he is a God of justice. He cares for immigrants, the poor, and all those on the margins. He defends the oppressed.

God remembers those who suffer; he does not forget their cry, and he punishes those who wrong them.

Therefore, my beloved brothers, be steadfast, immovable, always abounding in the work of the Lord, knowing that in the Lord your labor is not in vain.