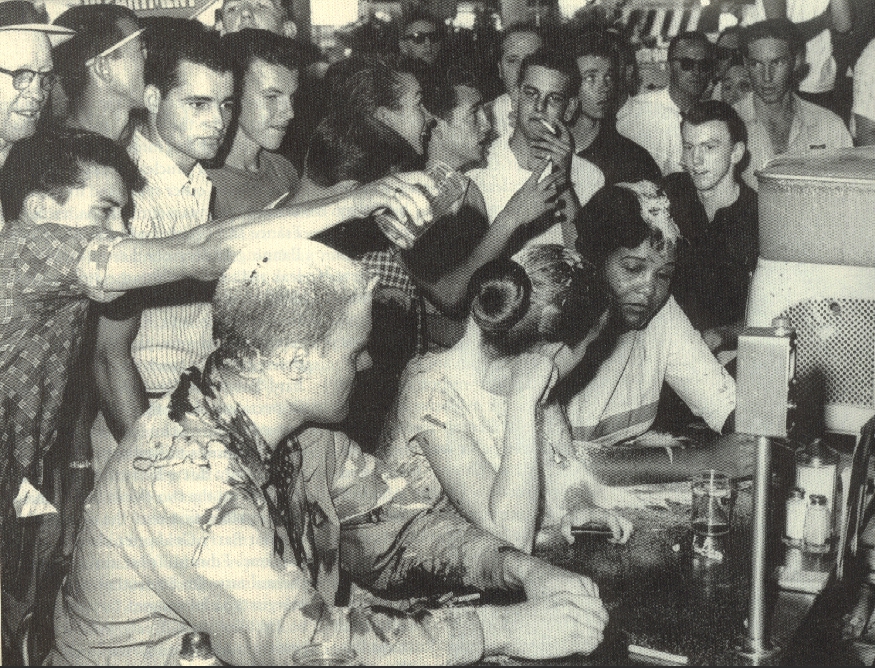 In 1998, when our newborn daughter Victoria died, Joe and I made the awful, but necessary decisions everyone makes when they must bury a loved one.

We chose a casket.

And because we live in the rural South, we had another choice to make: Do we bury our child in the black cemetery or the white one?

I had been to the black cemetery  – Westview – for burials before, but I had never been to Graham, the cemetery in Orange that historically had been reserved for whites. The difference between the two is striking and these photos speak for themselves.

Here’s the entrance to Graham:

Here’s the entrance to Westview:

So my choices were between the pretty cemetery and the homely one.

The lush one or the barren one.

The well-kept one or the unkempt one.

The distinguished one or the humble one.

I wanted to bury Victoria in Graham, but we didn’t see how we could do that. We knew Joe’s parents would eventually be buried in Westview. I couldn’t imagine that Joe and I would not also be buried there. We had been solicited to support its upkeep by one of Joe’s relatives, a prominent educator in Orange.  Her husband – a prominent businessman – was already buried there. For us, Westview was sacred ground for the African American community and the Colemans. So that’s where we buried our baby.

Segregated cemeteries are one of the rare remnants of America’s past that simply cannot be dismantled. Nobody’s going to move white and black bodies in the name of integration. But not every racist structure is as permanent as a cemetery. Racial disparities in education, health care, criminal justice, and housing are being addressed in our time to fix problems created when whites were hellbent on being separate from blacks.

Pardon the f-bomb at the beginning of this video and soak in the little-known truth about how America built racial inequality:

For these deeply embedded structures to change, minds must change too. That’s why there’s so much talk about anti-bias training in businesses and organizations. Christians are grateful for the growing dialogue within our own circles about inclusion, equity, and racial bridge building. We don’t want to raise children who are racist, and we want to live in communities that are diverse and fair.

So, it truly irritates me when evangelicals dismiss or ridicule these efforts. Many conservative Christians think that racial grievance is a tool used by far-left Democrats to gain voters. Or they use the label “communism” to mischaracterize issues they haven’t taken time to ponder.

To cast the modern pursuit of racial justice as merely an agenda item of the Democratic party is a grave error. This dismissive mindset enabled Christians to ignore black oppression during slavery and Jim Crow. It’s also a shallow understanding of how deeply rooted racism is in America. I mean, can we just talk about what kind of deep hate decides that even black and white corpses have to be separate?

It’s the kind of hate that motivated white parents to start private schools rather than allow their children to learn next to black children. It’s the contempt and critique of today’s public schools, the very schools white people fled.

It’s the same kind of hate that motivated white parents to move out of neighborhoods when black families moved in. It’s the ignorance of finding fault with all of the problems in today’s “inner city.”

Worst of all, it’s the kind of hate that invokes the name of God to defend its racist, backward viewpoints:

If you’re getting weary of these racist images, I understand. But unless we see the historical roots of hatred, we won’t see the fruit staring in our faces today. I’m on a quest to inform my white brothers and sisters, and it begins with an admonition that we stop soft-peddling the evil that is racism. It’s not just “wrong” in a humanistic way. It’s sin, in a God-hates-this way.

16 There are six things which the Lord hates, yes, seven that are hated by Him: 17 A proud look, a lying tongue, and hands that kill those who are without guilt, 18 a heart that makes sinful plans, feet that run fast to sin, 19 a person who tells lies about someone else, and one who starts fights among brothers. Proverbs 6.16-19 NLV

2 thoughts on “My Black History 1998: Choosing a Cemetery”