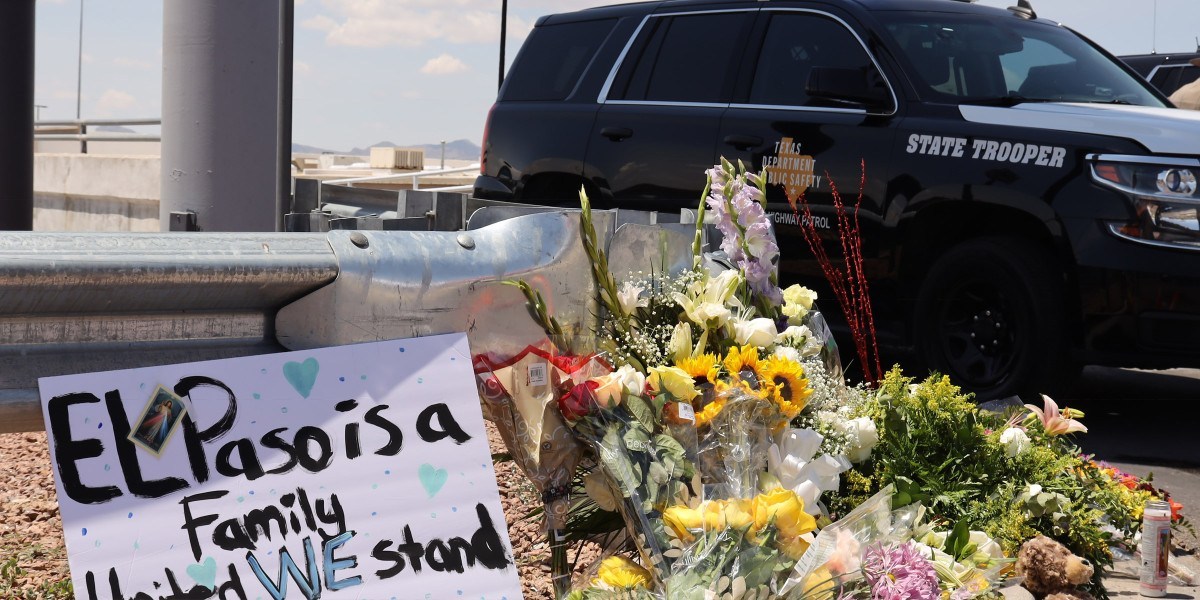 When terrible things happen in my life or in the world around me, I search the scriptures for perspective. While not everything written in the Bible can be applied to modern life, we can learn a lot about the heart of God by reading scripture, and there are principles we can apply.

This is certainly true as we seek answers following the shooting in El Paso. The verse that came to my mind this week?

Do not oppress an alien: you yourselves know how it feels to be aliens,

because you were aliens in Egypt. Exodus 23.9

These words were spoken to the children of Israel after they had escaped Egyptian bondage. Not only does God offer very explicit direction about how to treat foreigners, he appeals to the Israelites’ emotions and he requires their empathy: “You know how it feels to be aliens.”

I know how it feels to be targeted in America. I have blogged repeatedly about my feelings about racism:

How I sometimes feel like a Samaritan because I am black.

How I feel annoyed by Christian friends who want to be colorblind.

I even wrote about feeling scared while shopping at Walmart.

To my Hispanic friends in El Paso, I feel your sorrow and distress. I know how it feels for the skin God gave you, the language He created, and the culture in which He delights to be the target of racist hate.

I know the conversations you are having with your children right now because I had them with my children before and after the Charlottesville attack.

I know you are questioning why God has allowed this resurgence of racism under Trump. I have questioned Him too.

I know you want to have hope, that you don’t want to become a synic and a hater yourself. Same here.

While I have no direct experience or family relationship to immigrants, I nonetheless take to heart God’s commands to love the stranger. I know you may have relatives living in fear even if they are legal immigrants.

In our current political climate, however, some Christians – typically defined politically as evangelicals – are not known for empathy. Sure, we empathize with Jack Phillips the baker who refused to serve a gay couple. We empathize with persecuted Christians in faraway lands. We even empathize with Jews because of our allegiance to scripture. But to empathize with Mexican immigrants, Latinos, and black people comes with personal and political costs many are not willing to pay. It would mean aligning with liberals and joining them in playing the race card, right?

If you feel this way, I feel you too. I really do. I understand how easy it is for partisanship to trump discipleship. But from our God we have a high calling to rise above political alliances in order to feel with others.

Remember how you felt when Obama accused some voters of clinging to guns and religion? Recall that feeling you had of being mocked and mischaracterized by a politician that one time, and consider how your brown brothers and sisters feel every week. We fight fear often, and we are lonely in our all-white churches, feeling invisible and misunderstood.

You know that feeling. The Bible says God’s children are aliens on the earth because heaven is our home. That’s why, of all people, Christians should be known as the most empathetic, compassionate people in America. Christian leaders, editors, and pundits should be first in line denouncing racism in all of its forms, from hateful campaign speeches and chants, to murderous rampages in big box stores.

We can do this. We don’t need to be armed with more guns. Our God has already armed us with truth and love. We can feel our neighbors’ pain. We should say so and we should soothe it. We can love others the way we would want to be loved if our faith, our skin tone, and our families were targets of hate.

The alien living with you must be treated as one of your native-born. Love him as yourself, for you were aliens in Egypt. I am he Lord your God.

Carry each other’s burdens, and in this way you will fulfill the law of Christ.